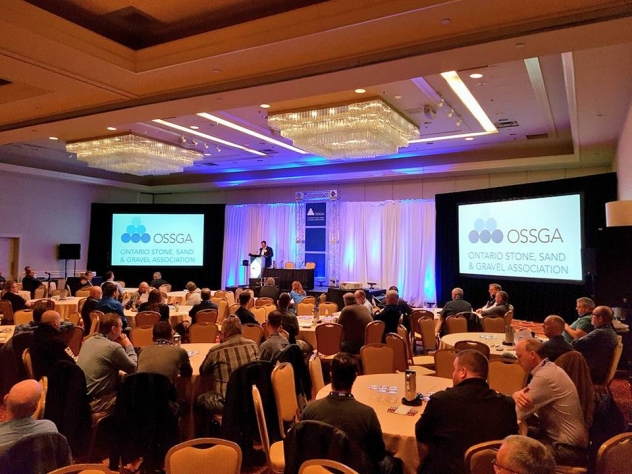 On February 15-17, 2017, our Brock Aggregates team attended the 2017 OSSGA Conference and Annual General Meeting which took place at the Westin Ottawa Hotel in Ottawa. As the country commemorates the 150th anniversary of Confederation, OSSGA created an agenda with a great cast of Canadian industry presenters, keynote speakers, and entertainers. This year’s program included social activities (including a Canadian Sports Party), outstanding speakers, industry recognition awards, networking opportunities, and an exhibition where over 250 attendees could learn about the latest products and services from associate members.

The keynote speakers discussed important topics such as the Aggregate Resources Act and the Coordinated Provincial Plan Review, as well as general updates on the industry and economic outlook for 2017. OSSGA also presented its marketing initiatives for 2017 which include continuing to dismiss myths about the industry using GravelFacts.ca; showcasing rehabilitation projects; promoting a positive image of the industry using advertising signage on members’ trucks; and exhibiting at various tradeshows throughout the year.